Netflix, once known as one of the most successful dot-com startups is going through a rough time with some serious branding mistakes. Today I read on engadget.com that Netflix bought DVD.com… why would they do that?

Seven years ago the world looked great for Netflix. In 2005 it was shipping 1 Million DVDs per day to its subscribers. Wow! Netflix had an amazing position: it simply was #1 in the DVD rental. Netflix was nicely riding on the DVD player sales. There was one problem though… the DVD player was eventually going to be replaced by digital distribution.

The Netflix folks saw that coming and in 2007 they introduced streaming under the same Netflix brand. The service became successful but times changed and in Q3 2011 Netflix lost 800.000 subscribers.

The Netflix folks saw that one coming too and decided that the strong brand Netflix should live on in the streaming business, making place for a new brand called Qwikster for the DVD rental business. A couple of months later the idea was buried.

Or… was it? Netflix has now bought DVD.com. I am sure one of the ideas of the folks at Netflix is to use that for the rental business, moving Netflix over to the streaming business forever.

Now… what is going on here? Is this really the smartest move? No it is not!

Firstly, Netflix should have retained the Netflix brand for the DVD rental business only. The brand was the number one in the category. Even though the category is dying (and with that the brand) it would have been the best thing. 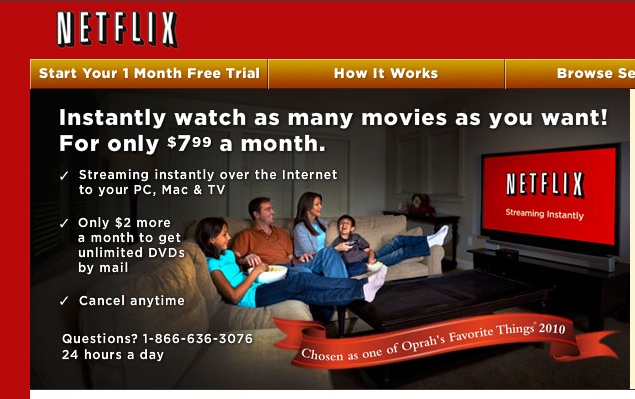 NY Times reported earlier this week that Netflix introduced a streaming subscription that is cheaper than their DVD rental service! Wow! This marks to me the end of the physical era for movies. Last year I witnessed the closing of the last Virgin Megastore in NYC which was the end of the physical Music era (it is now really hard to find CDs in NYC!).

Shopping streets will never again look the same: gone are the young crowds at music stores, folks renting movies for the weekend in the local video rental store and gone will be the shops filled with book lovers browsing the latest titles. It is just a matter of time… That is… unless existing shop owners are able to differentiate by adding complementary services and products. In Finland this has been happening in video/DVD rental stores for a long time: they have gone en mass in selling candies, ice cream and other sweets. That is of course not going to be enough to justify a shop.

What else besides music, movies and books will be digital soon?

Update November 25: NY times “Netflix a Fast-Growing Rival to Hollywood“, duh, that is an easy one!