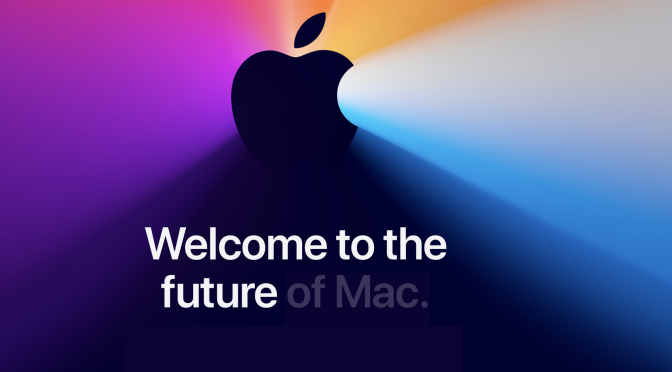 The Apple The Future of Mac event was a big bold move as Apple transitions away from Intel processors to in-house developed silicon. The move is in fact a redefinition of the PC industry business from ‘processor speed’ to a pure choice in form factor.  Yet another industry will get a rude awaking.

One to rule them all

The reason for Apple silicon is obvious: when you own the full stack from silicon to the user interface you are in control of the total experience while reducing interdependencies.

There is however one drawback to this approach and that became painfully obvious during the presentation of the new Macs: Apple has just one chip which is not advertised in speed.

Consumers have learned that processor speed and the type of processor determines the processing power of a computer. Secondly, by using different processors manufacturers are able to differentiate between their line-up.

An entry laptop will not have a 3.0Ghz 6 core processor with a turbo boost for example. The fact that it was technically not possible (battery and heat-wise) helped to differentiate in various product-lines built around the processor.

No more differentiation around the processor

With the introduction of M1, Apple uses the same silicon in their-line up. It was clear from the launch events that Apple struggled with the differentiation between the products.

Just take a look at the Apple Mac Compare page for the new M1 products: Macbook Air, Macbook Pro and Mini and you will notice it is all the same

There are some small differences, like Touch Bar, Wide Stereo Sound, nits brightness, expansion ports… but nothing more.

Even on the individual product pages, the same M1 information is presented:

The future is form

This change in dealing with a computer portfolio is probably the biggest change we have seen.

Taking this approach makes it easy for Apple to create product update cycles based on the M processors, which could go like this:

With heath and power consumption for the first time not being an issue anymore in the computing industry line-ups can be dramatically simplified.

During the launch event, the positioning between the Macbook Air and Macbook Pro was far from clear.  Both are exactly the same, except for some small features like ports, touch bar etc – so why would Apple keep in them in the long run? The answer: for the form factor, think screen sizes and future platform enhancements made possible by the total control of everything from processor to UI.

With the move to form factor based differentiation Apple is redefining the PC industry. The same portfolio simplicity that works with the iPhone, iPad, and Watch has now finally entered the desktop and laptop market.  The PC manufacturers with Intel will be in for a rude awakening.