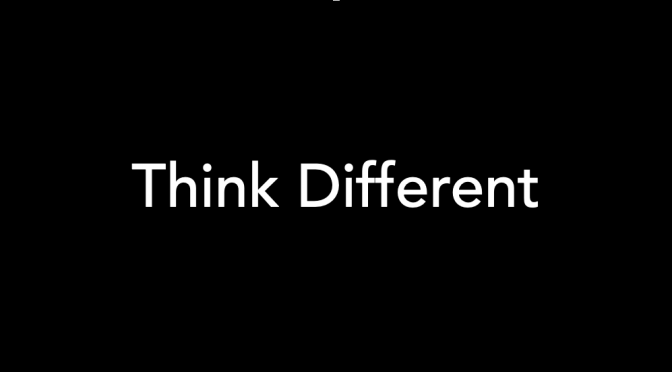 Over the years Apple lost its touch with the creative sector. The Mac Pro got very little attention and hardly any updates. The iMac Pro came and vanished again.  But now Apple is back with the Mac Studio.

The launch of the Studio was about time.  In 1997 Steve Jobs returned to Apple and launched the Think Different campaign. The campaign was the start of the reintroduction of Apple and linked the company brand to a new computer category: the computer for creatives.

Between 1997 to 2002, Apple told buyers of PCs that a better and more exciting alternative was required next to the IBM PCs. The reason? If every human did the same, using the same tools, the outcome would be similar, and society would not progress.

The company established the need for the computer for creatives and successfully linked it to the brand Apple. The Apple company and Apple products became known for products optimized for the creatives of our time. Apple computers quickly found their way into marketing, creative agencies, DTPers, designers, musicians, writers, and anyone who aspired to be creative. Apple linked the brand to those who shape business, science, or society.

After the successful linking Apple with the creative sector the company got very sluggish in serving the creative crowd.

The iMac Pro did not even get pass one generation.

Any Studio owner must have been thinking many times to switch to powerful Intel and Windows machines!

Till now: The Mac Studio is the answer to the creatives. Even the name indicates where the product will be used: in the Studio.