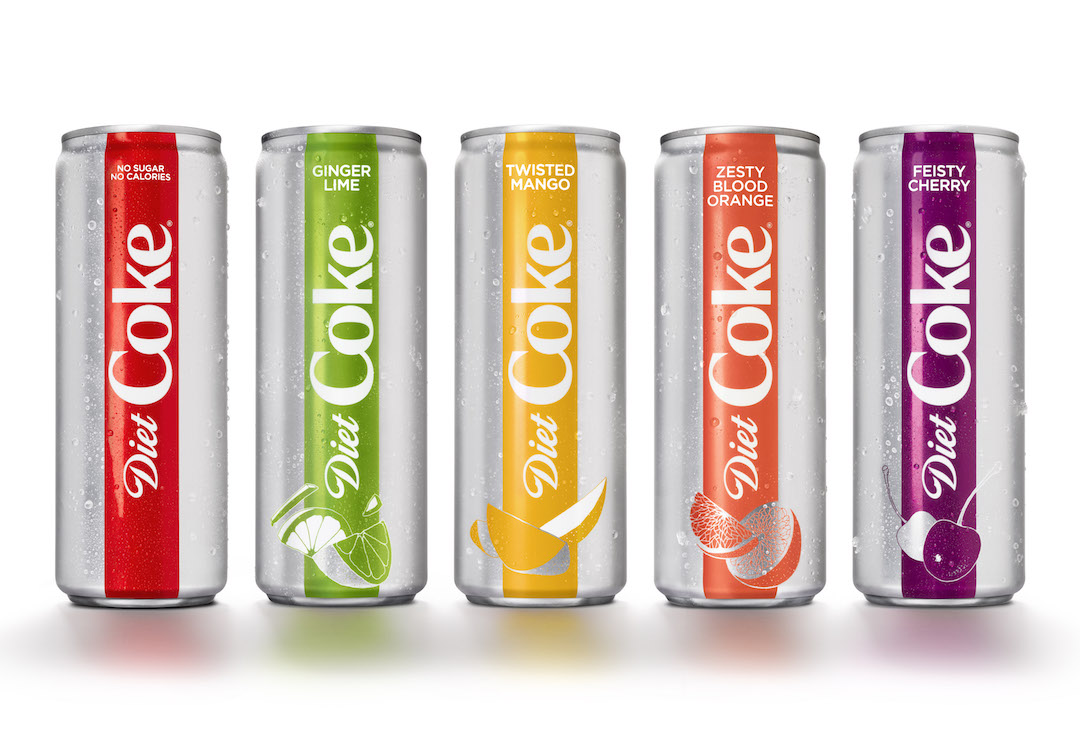 A very exciting start of 2018 for Coca-Cola Company in America: the successful Coke Diet brand is renewed after 35(!) years.

Coca-Cola Company calls it a relaunch of the brand. The cans are smaller, have a fresh new design, and there are four extra flavors.

The renewal and modernization of the Diet Coke brand is done to attract a new generation of drinkers and offers millions of current fans a new look and more flavors.

Rafael Acevedo, the North America group director for Diet Coke, further explains that “we’re modernizing what has made Diet Coke so special for a new generation. The same unapologetic confidence still comes through, and the same great Diet Coke taste people love is here to stay, but we’re making the brand more relatable and more authentic.”

A two-year study has shown that younger Americans have an affinity for “big, yet refreshing and great-tasting flavors” in their favorite foods and beverages – from hoppy craft beers to spicy sauces.

So far everything goes according to the plan. Coca-Cola Company sees an opportunity to increase their share in the category of diet cola: welcoming new drinkers with new flavors and getting current drinkers to try new flavors.

The problem, however, is that whole soda category in America is in decline for the last 12 years. In 2017 the sales were similar to 1985 (!). These days, consumers know better: sugar is not good for you. This insight causes the whole category to decline.

You would think the war against sugar would give the sales of diet products a push – the fewer calories, the better – but it is not happening. Why? Consumers are getting more and more skeptical about artificial sweeteners, particularly aspartame. In fact, the skepticism is so bad, that currently, the high-sugar variants of Coca-Cola and Pepsi the number 1 and 2 most sold cola products.

It did not help that Coca-Cola in 2012 began to defend the use of sweeteners in newspapers. This way you achieve exactly the opposite effect: consumers will trust you even less. 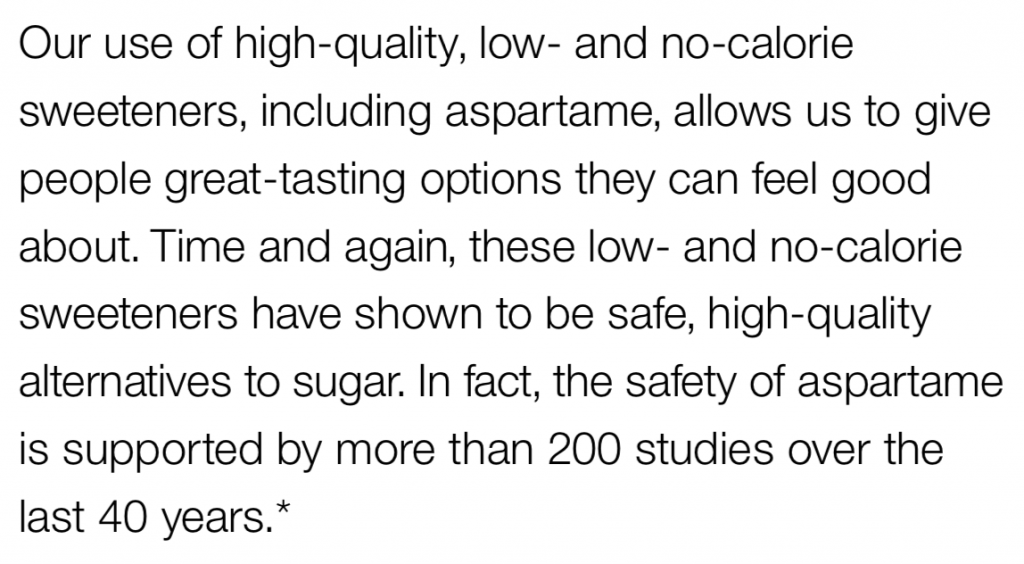 And it becomes tough when your biggest competitor starts to make a point in advertising and on the can that aspartame is excluded from their Diet line. 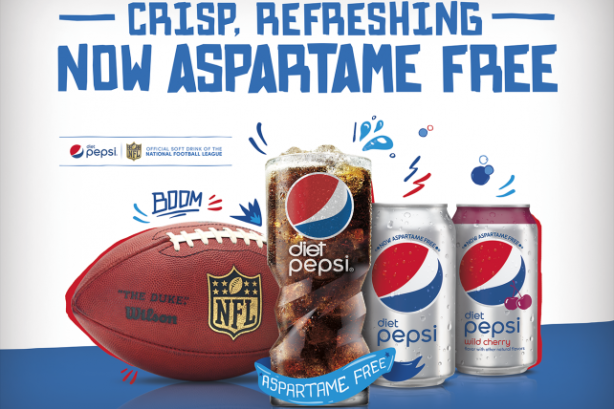 Consumers move to other categories of drinks and the big winners in the fight for healthy drinks are not the Diet brands, but the water brands, including Dasani, a brand of Coca-Cola Company.

I expect that the new design and the new flavors will undoubtedly benefit the Diet Coke brand in the short term. However, in the long term it is “lipstick on a pig”. The trend against unnatural has started, and not just in the soft drink category. Also in the food category the organic market in America has grown from 1B USD in 1990 to 40B USD in 2017. This is a trend that will affect many categories.

In a declining category, a brand has to take what it can take while the category is still selling, but as a company, you will have to focus on new categories. And this is what Coca-Cola Company does very well, as we see with their new brand for ice tea: Fuze Tea, but more initiatives are needed to get back in growth mode.

One thought on “Will the biggest change for Diet Coke in 35 years make a difference or is it lipstick on a pig?”