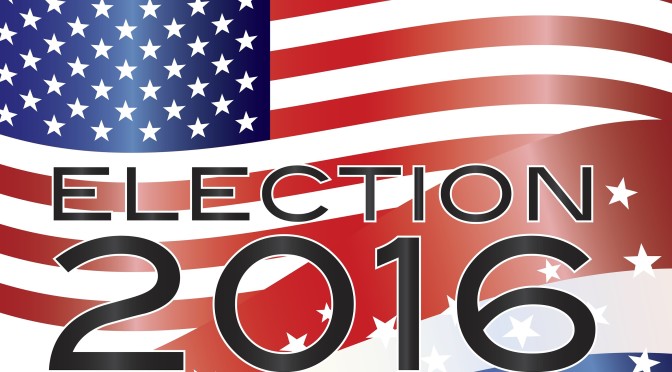 With the US elections in full swing it is interesting to take a brand approach to the candidates.

Without any exception Donald Trump is checking the brand boxes.

First Donald Trump has a clear focus – he has picked his battles and topics. While many disagree he has at least picked his topics and sticks to them.  Great brands know that in the mind of the consumer a brand that does just one thing really well is more credible than a brand that does everything.

When you dominate the headlines you are top of mind.  Google Trends reveals that Donald Trump is dominating the headlines already for a long time. Bernie Sanders is recently topping Hillary Clinton. 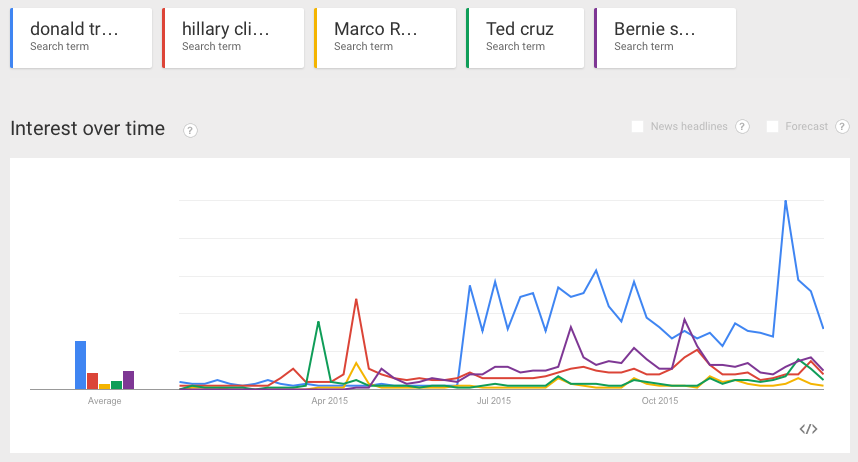 What does this really mean? Somebody else is talking about what the Trump brands stands for. Whether the articles in the news are  positive or negative it will do one thing very well: making the focussed Trump brand even more real. This works especially well against brands/ candidates that are not outspoken enough: they will appear less firm or even a bit all over the place.

A great slogan is a memorable phrase that is the summary of a brand. It  describes the product and its unique benefit and set the brand above the competition and ultimately create a reason for people to buy or join your brand.

Trump is nailing it here. Some might still subconsciously remember the slogan from the 80’s when Reagan used “Let’s Make America Great Again”. For others it gives a real reason to join the brand:

Anyone could say “I’d like to make America great again”.

The other slogans give a much less real reason to join the brand:

All these slogans are in my opinion similar to Mitt Romney’s 2012 “Believe in America” (are there any Americans who deep down not believe in America?) and the John McCain 2008 slogan “reform, prosperity and peace”. Both lost against Obama with the slogans “Change” (2008) and “Forward” (2012).

In the 2016 elections there is one exception, the slogan of the democrat Ben Sanders who gives also a reason to join the brand “I’d like a future to believe in”.  Perhaps not surprisingly Ben Sanders is trailing Donald Trump in PR.

One thought on “Brand lessons from Donald Trump: clear focus, massive PR and a great slogan”

P.S. We hate spam as much as you do!
Please click the activation link after signing up.